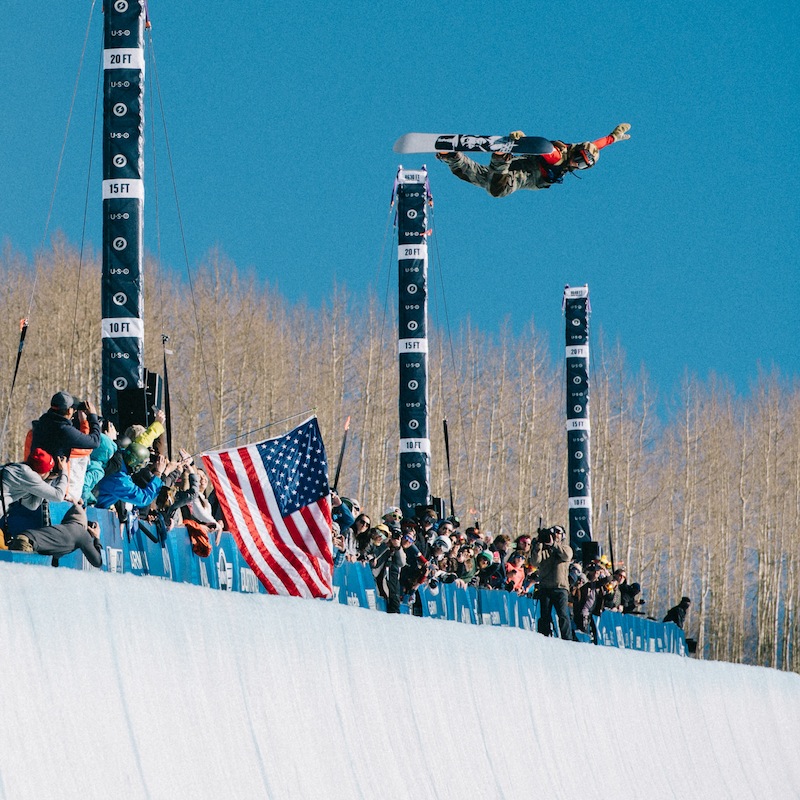 For our next post with Sports Illustrated and Blotto we head into the halfpipe with pro rider Danny Davis. “Snowboarding consists of two very different paths to becoming a professional and making a career of it. The first is competition; the second is making movies about traveling the world in search of untracked powder and fresh terrain. For the most part, riders either film or compete, whereas from time to time an athlete comes along that excels at both, like Danny Davis seen here at the US Open Championships of Snowboarding presented by Burton Snowboards in Vail, Colorado. Danny has managed to bridge the gap of competitive rider versus movie star by sticking to his creative mindset and doing what he feels best in the moment, either in front of the lens or in front of the judges.

The image you see here is a ‘Switch Method Air’ some fifteen feet above the lip of the Superpipe, a common maneuver when a snowboarder is riding his or her board their natural direction, but the term ‘switch’ indicates the snowboarder is riding across the halfpipe going backwards. To put it in perspective, only two professional snowboarders have ever performed this trick (with amplitude) in competition, with Danny being the only one to bring it above the 15-foot mark. It’s choices like these that have earned Danny the unwavering respect of his peers and judges alike, earning him a special spot in snowboarding’s ever growing history.” – Blotto.