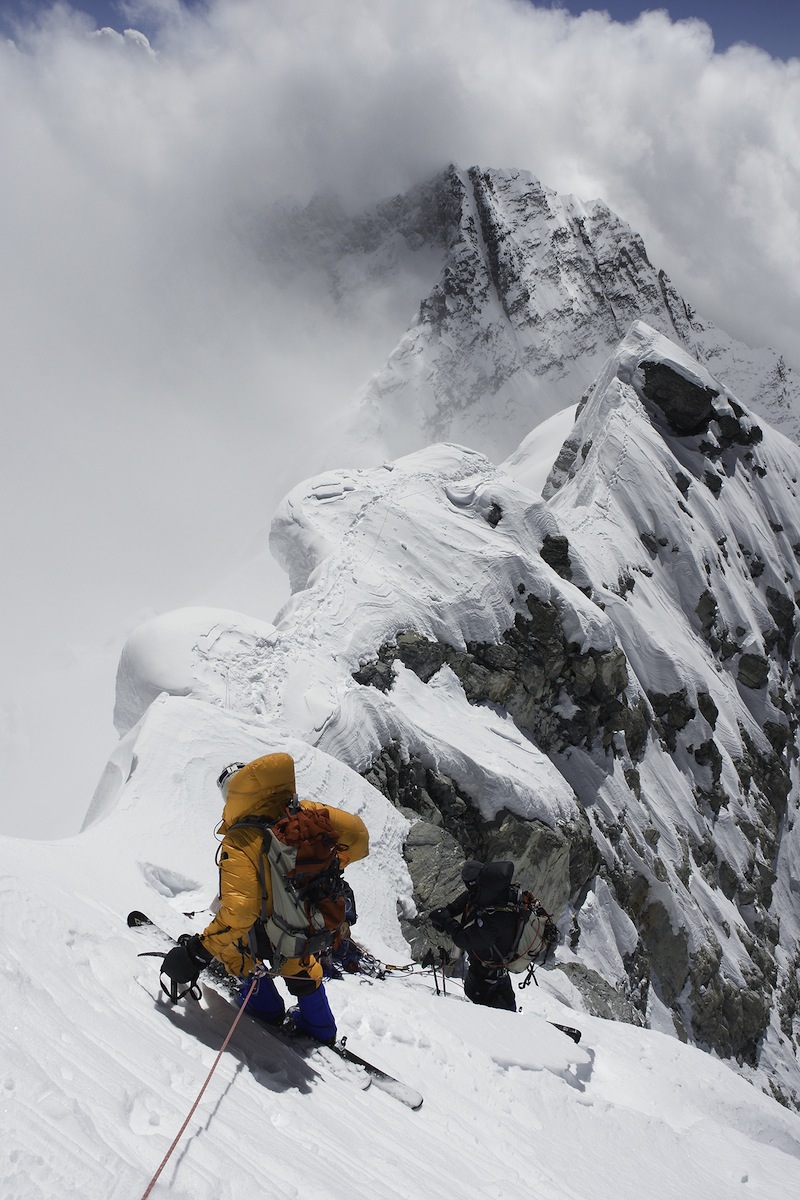 Today we are excited to begin a partnership with venerable sporting publication Sports Illustrated in featuring the work of TGL! family member, climber, photographer, and director Jimmy Chin on SI’s Instagram @sportsillustrated. The National Geographic contributor and The North Face professional athlete has documented some of the farthest reaches of the planet and has a feature documentary Meru in theaters now. This photo was taken during Chin’s descent of Mount Everest on skis.

“One of the most challenging shoots I’ve done was shooting one of the only ski descents of Mount Everest. We had chosen to make the ski attempt in the post monsoon season so there would be more snow to ski so we were the only team on the mountain. After 6 weeks and several acclimatization trips up the mountain, we were poised to make a summit bid. Having climbed through the night from Camp 4, we all skied from the summit of Everest at 29,035 ft. Here Kit and Rob Deslauriers prepare to rappel the Hillary Step, one of the only places we needed to rope up on the descent. The technical crux of the ski descent was skiing the 5,000 ft, 50 degree Lhotse Face below Camp 4.” – Jimmy Chin

TheGoodLife! Hideout Huntington Beach 2015: The Movie! Powered by Avery Dennison RBIS
Dark Side of the Moon